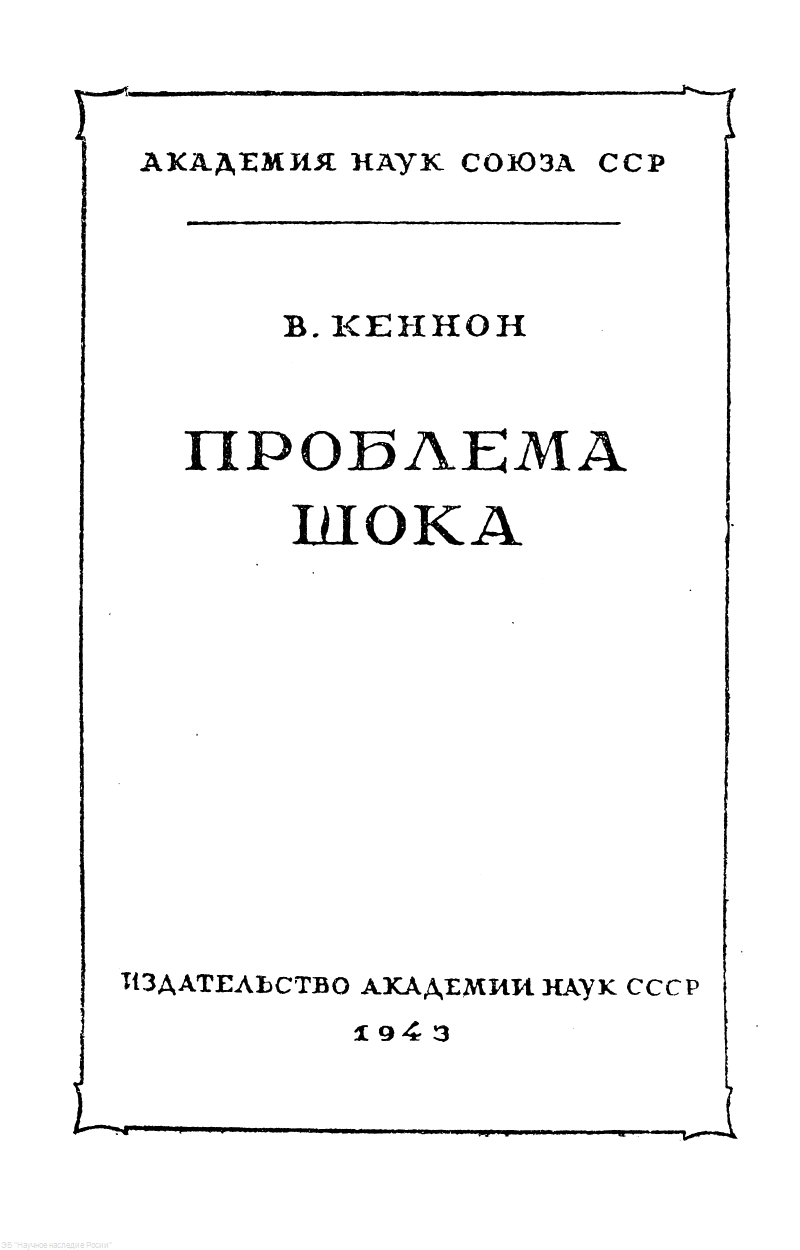 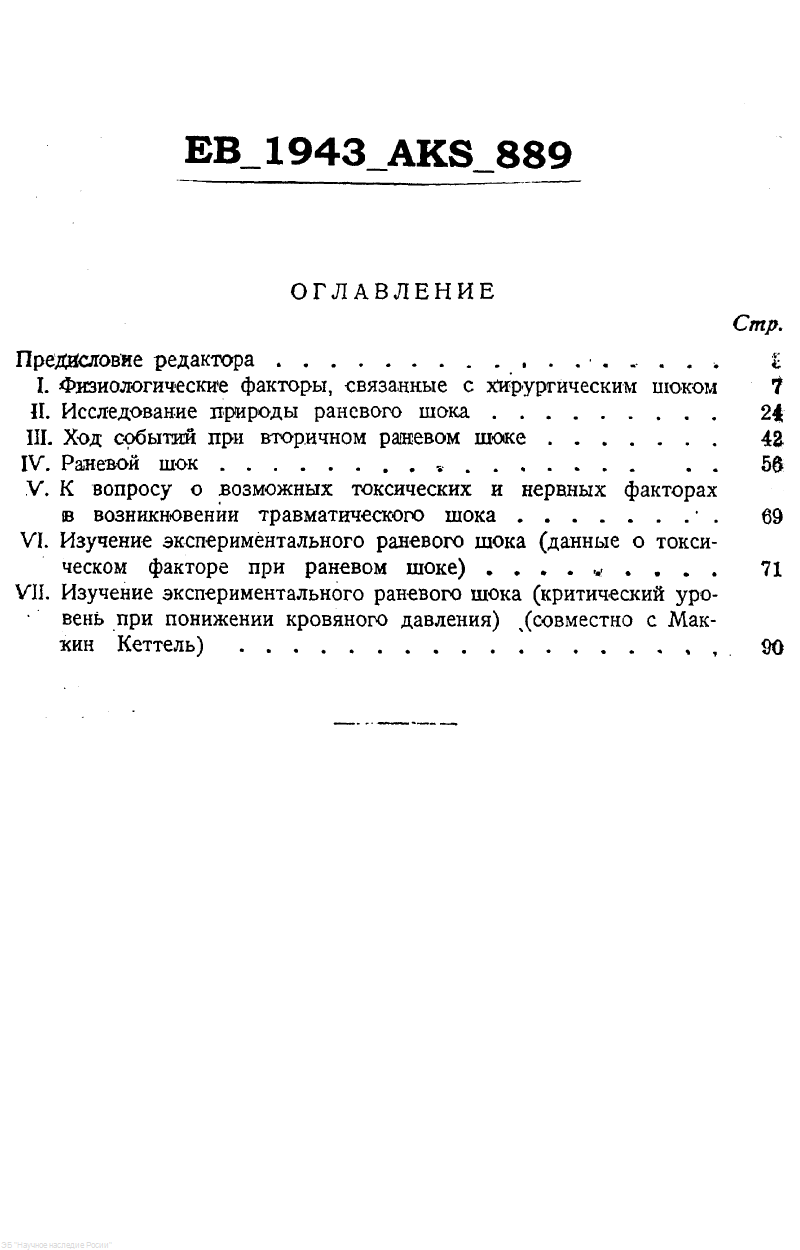 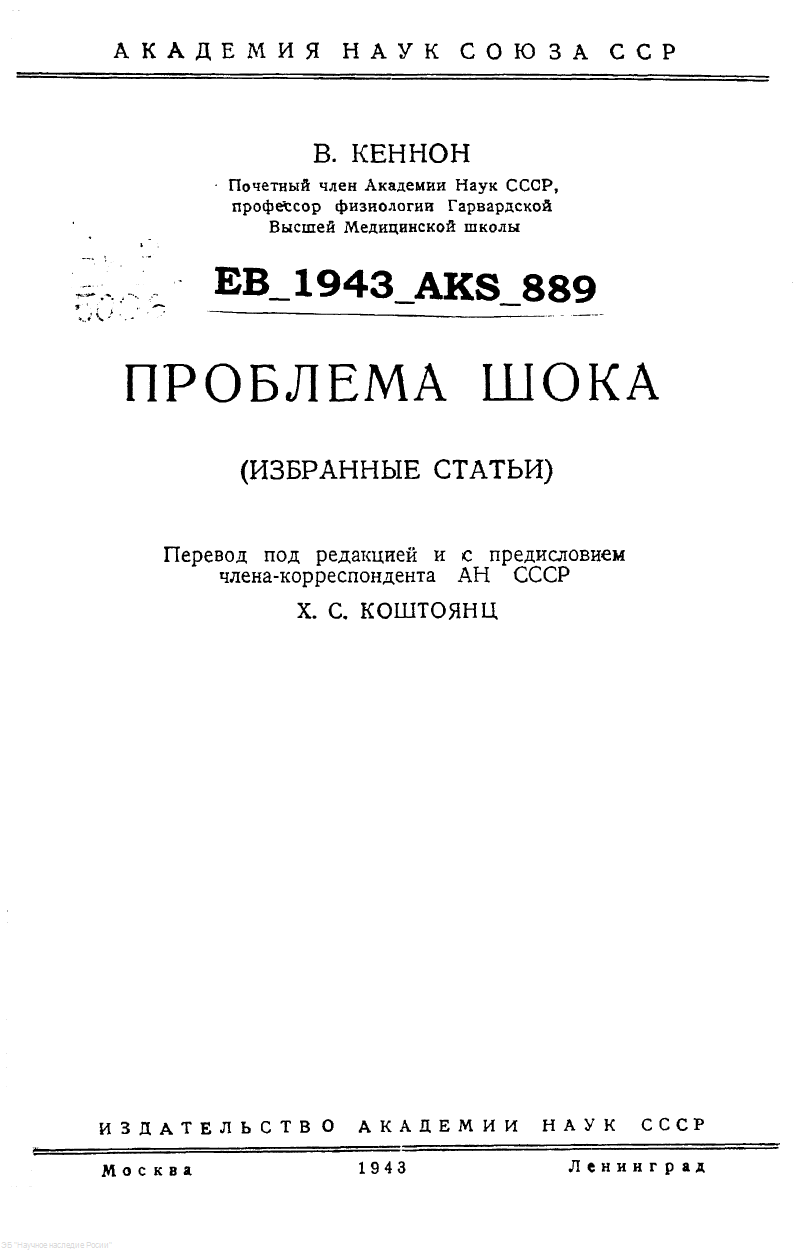 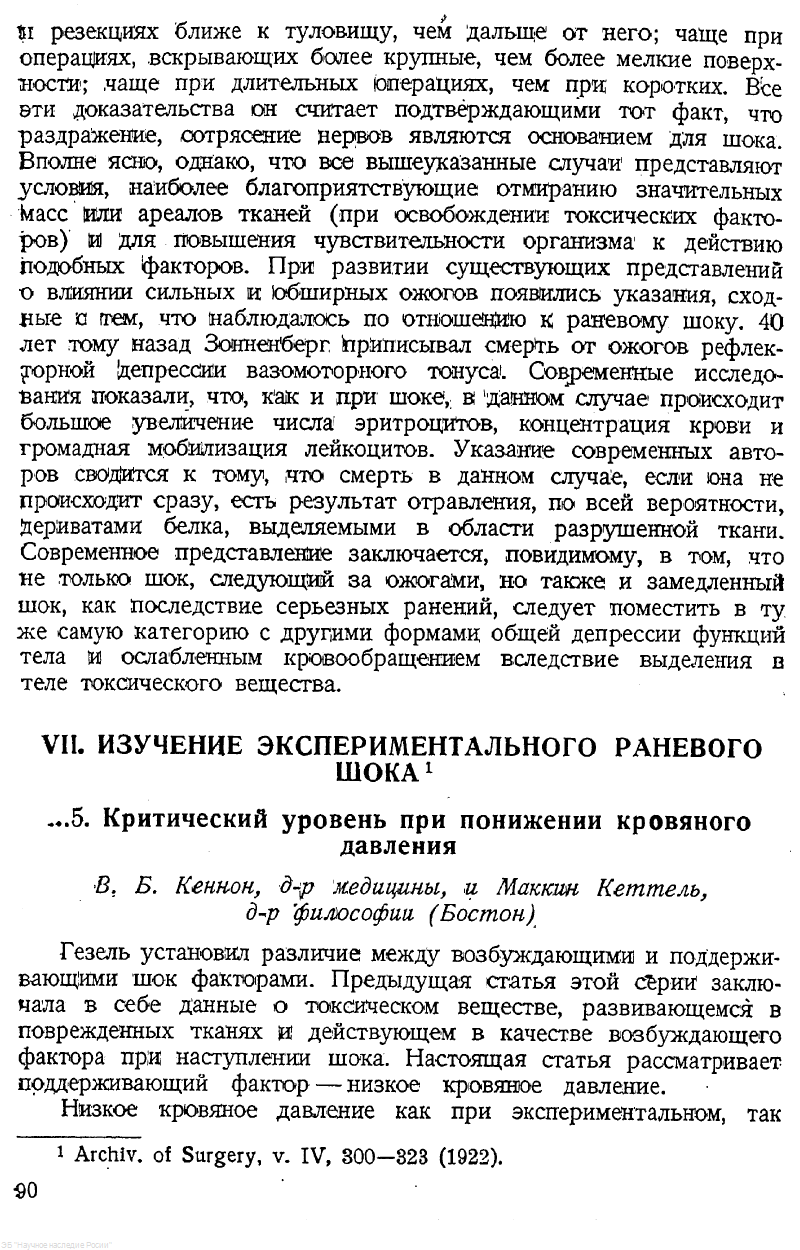 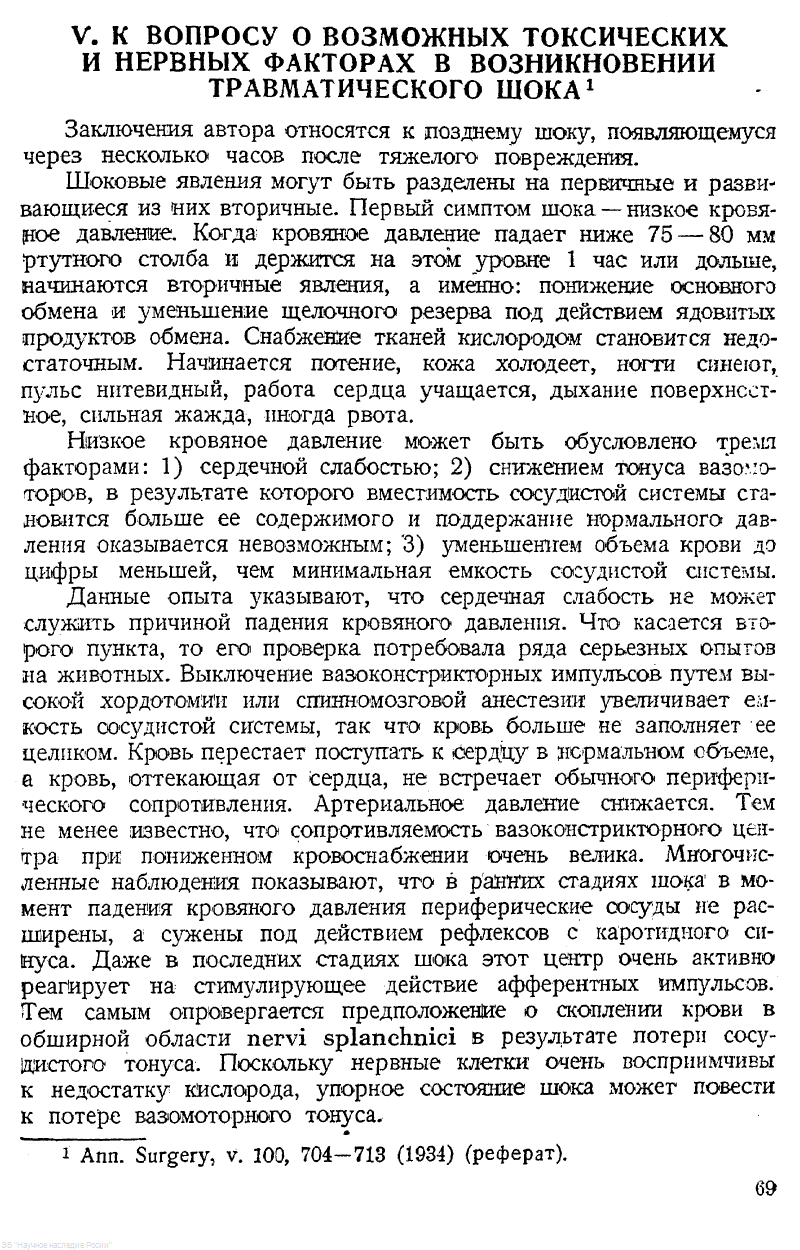 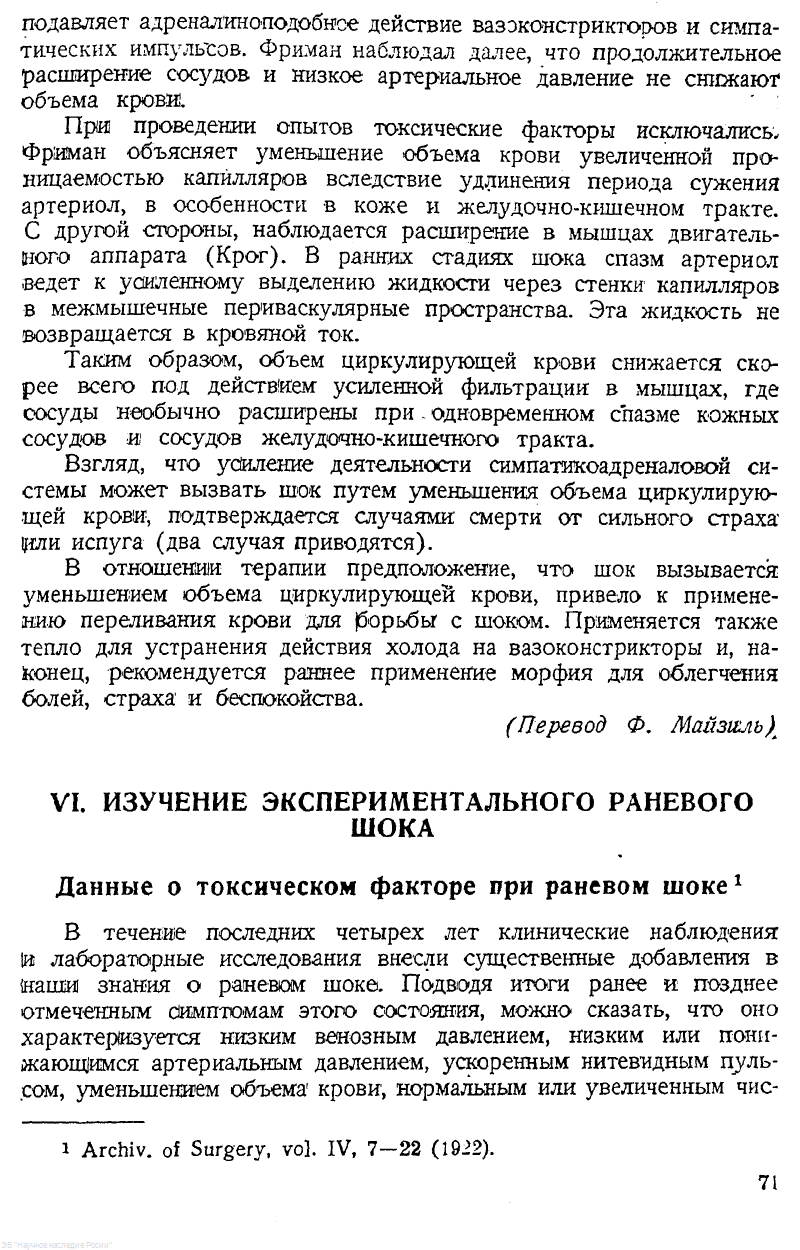 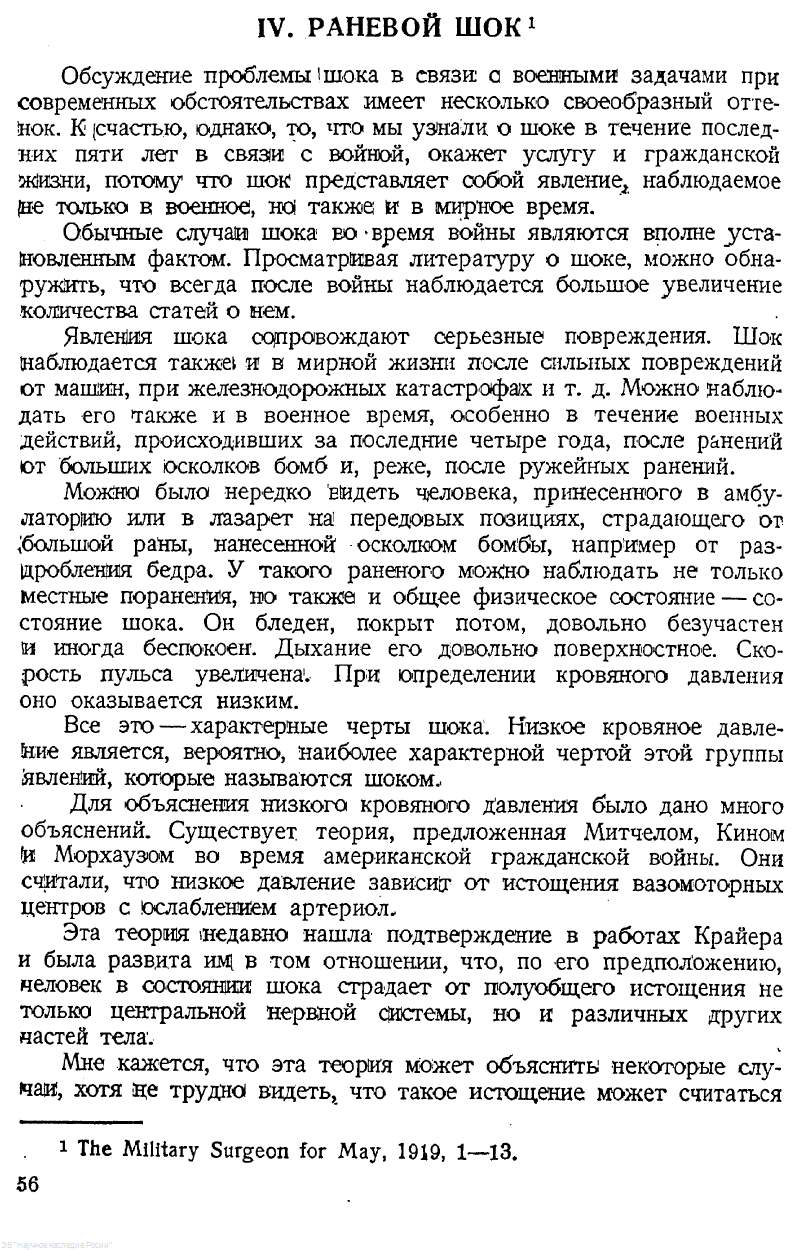 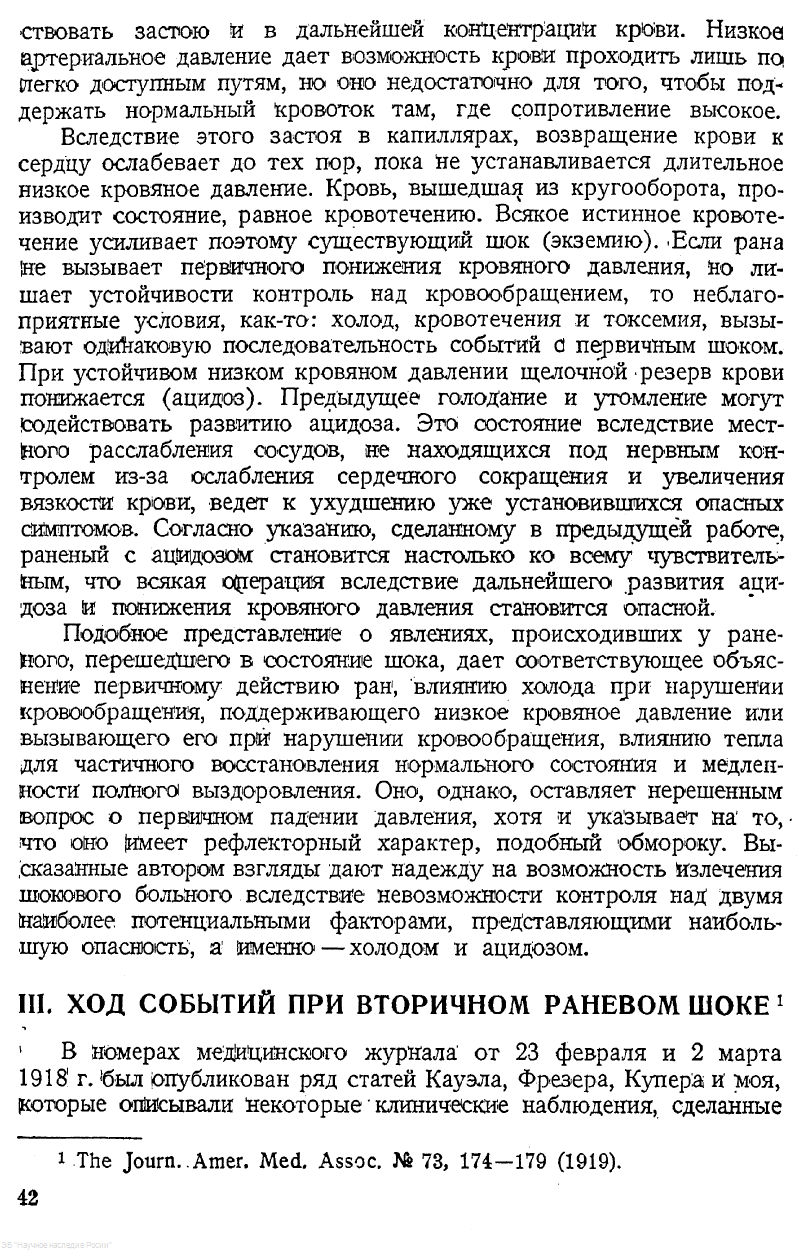 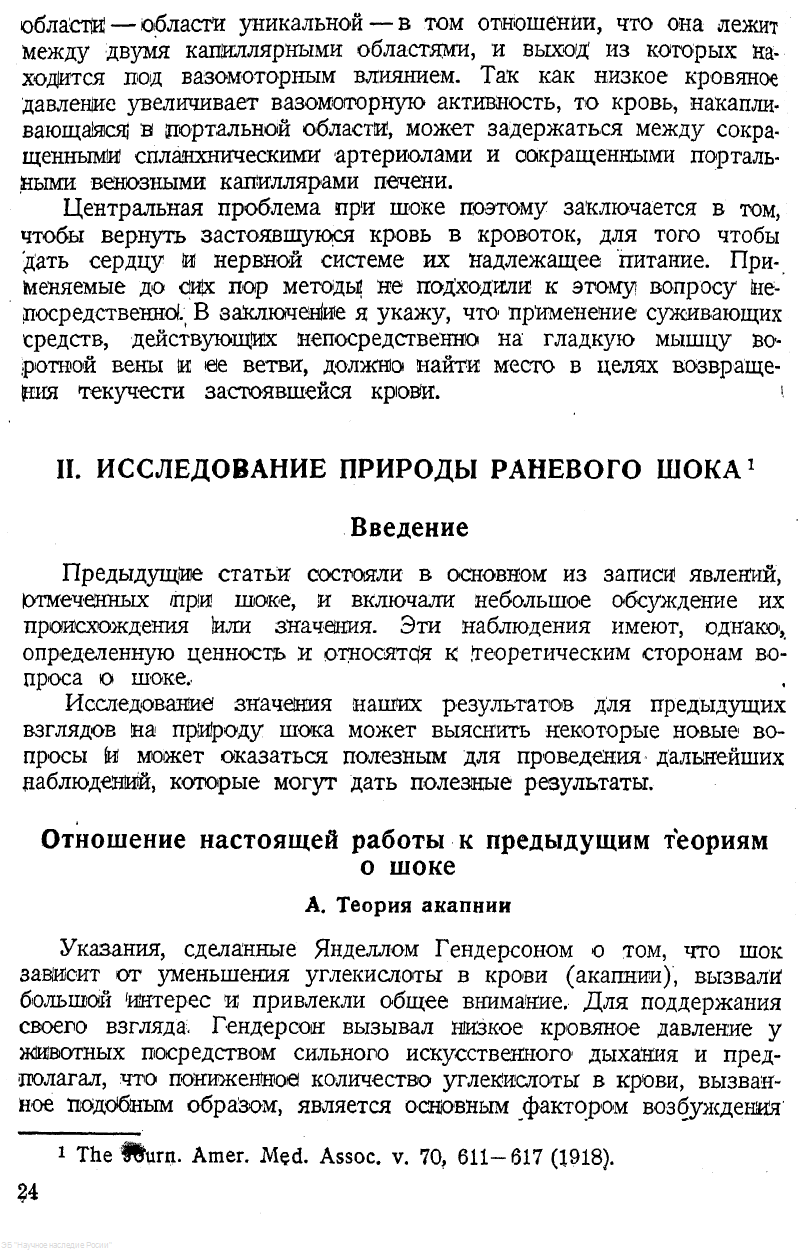 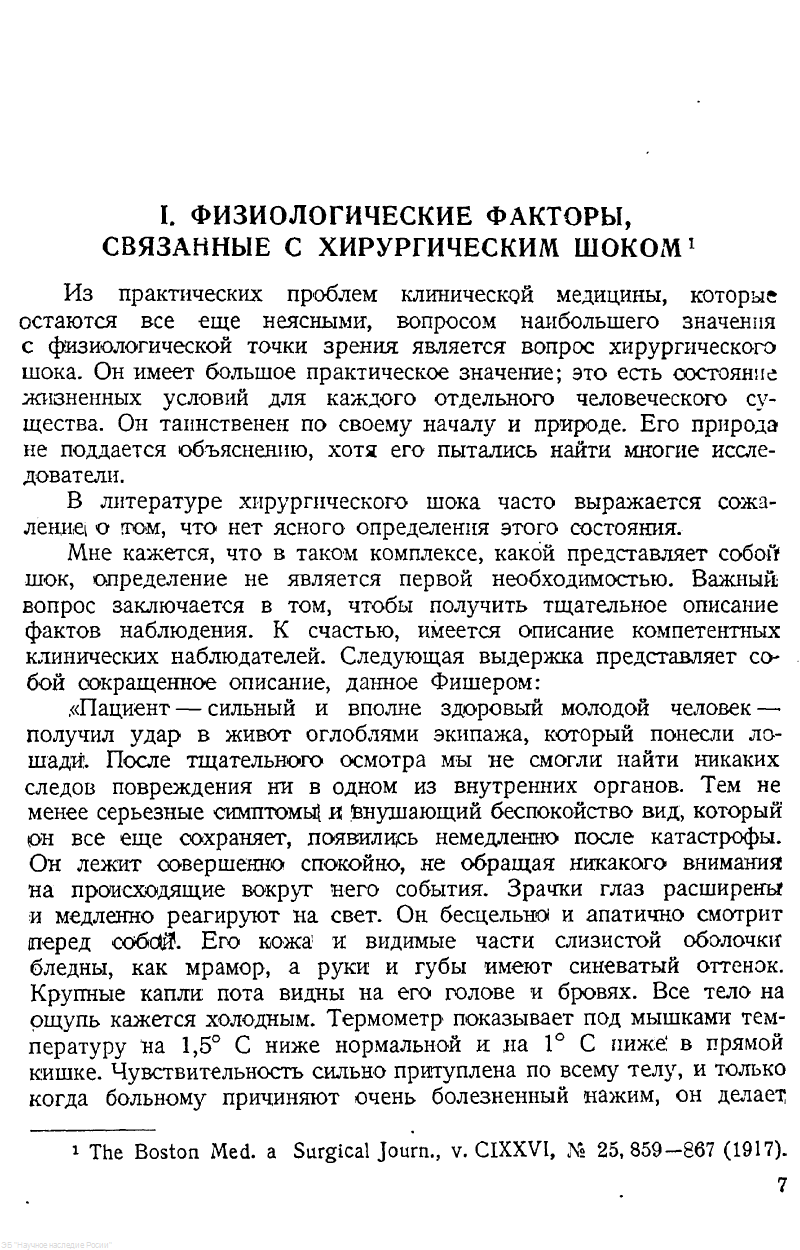 GS_WM_Telecom information about the seller and his items
offlineAsk a question

Works B. Cannon in Physiology nejrogumoralnoj
regulatory processes in humans and animals, especially his work on the disclosure of the role of the sympathetic nervous system is a major contribution to the modern natural science. Owning to perfection the most sophisticated methods of physiological research and as a connoisseur of the most
difficult sections of Physiology, Walter Cannon in the first period
Cannon, W. the Problem of shock : (Selected articles) / V. cannon ; TRANS. ed. and with Foreword. corresponding member Q. USSR Academy HS koshtoyants ; USSR Academy of Sciences. - Moscow ; Leningrad : Izd-vo an SSSR, 1943. - 116 c.

World War II with great enthusiasm gave their strength to
disclosure of the secrets of one of the serious violations of normal
functions of the body, it is a shock, in order to develop rational measures to combat this severe lesions of the human body. He did not confine himself only by laboratory tests at home, in his illustrious Boston physiological laboratory; he was drawn to the theater
action, where the bloody battlefields of traumatic
shock was carrying so many victims.

The book is in djvu format, file size 7,70 MB
The book is hosting Yandex.Disc the download link the buyer receives the goods after payment.

The psychology of creativity - 1923