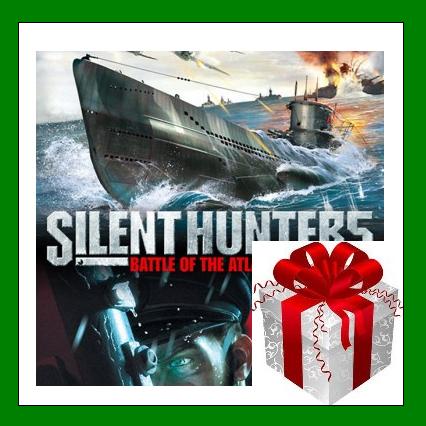 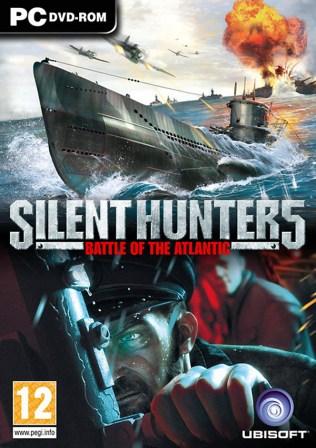 @MediaSoft information about the seller and his items
offlineAsk a question

After payment you will instantly receive a key Silent Hunter 5 (Silent Hunter 5) to activate the game on the official Ubisoft servers and enable all network functions of the game.

Silent Hunter 5 KEY TO NOT FOR STEAM, and for UPlay!


Key Silent Hunter 5 has no regional restrictions Region Free and suitable for activation in any country.


ATTENTION !!! To activate Key Silent Hunter 5 you must have a license disk or the original distribution of the game! The easiest option just take friends license disk with the game or download any torrent tracker license an image, install the game with him, and when prompted enter the code purchased from us the key.


The game Silent Hunter 5 for those who understand that the best sink ships out of the water and does not suffer from claustrophobia.


In the continuation of the famous series Silent Hunter you will be able to try on the form of the commander of the German U-boat and go out into the Atlantic and the Mediterranean Sea to the war with the forces of the Allied fleet. You are waiting for a truly cinematic battle of the boundless sea. From now on, the enemies will not be for you mindless meat, operation of all vessels (whether or convoy transport ships) will be continuously adjusted to suit your tactics and actions, and the result of each raid (the strategy of its holding) affect the development of the campaign as a whole. The new interface, which has options for both beginners and veterans, the possibility of upgrading the submarine, incredible detail of graphics in Silent Hunter 5 and atmosphere of the game, which will lead the series on a hitherto unprecedented level of realism. In order to make you feel like a true master, the game allows you to navigate through the compartments of the submarine (first person) and talk to the crew, give commands, and when we heard the alarm, to take its place on the bridge. Now the whole team Silent Hunter 5 - not a set of faceless subordinates, but real people with their feelings and fears. Only your attention to them, individually and relationships within the team could lift the morale of the crew of the desired level and made to work underwater war machine without a glitch.

Instructions on how to activate the key in Uplay:

1. Check if you have not yet installed, the client Uplay - http://static3.cdn.ubi.com/orbit/launcher_installer/UplayInstaller.exe. Register or log in via the client Uplay.

2. Click on the icon Uplay activation in the top right corner of the client, and then choose "Activate Product"

3. Enter the key purchased from us in the form below.

4. Once activated, go to the game in the top menu and press play. After downloading and installing the distribution game starts.

We wish you a pleasant game!