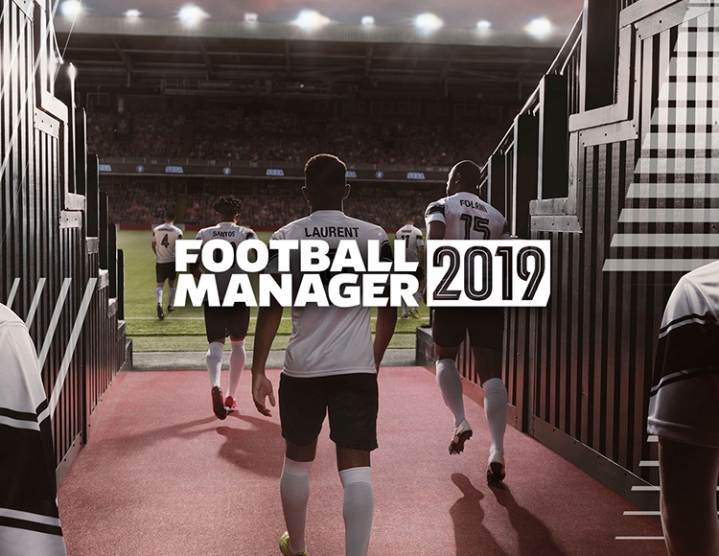 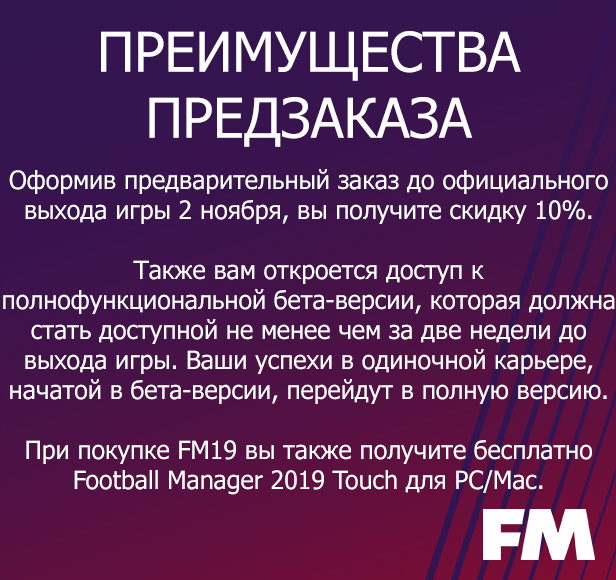 СофтГигант™ information about the seller and his items
offlineAsk a question

Description:
Your success in a single career, started in beta, will be transferred to the full version of the game. When you buy Football Manager 2019, you will also receive a free Football Manager 2019 Touch for PC / Mac. In Football Manager 2019 you are the ones who take responsibility for the success of the club, defining tactics and style of play and collecting a dream team from the best players. You will take an active part in the training of players, preparing them for the upcoming matches. And when the championship round comes, you will take your place on the sidelines. By guiding the players on the field, you will follow the match, which will be a real test of your football talent! After all, any change and change in game tactics can cause both a spectacular victory and a shameful defeat.

Test your skills in 50 major football countries.
Climb to the top of the ranking tables, leading any of the 2500 best football clubs
Play in the transfer market, choosing from 500,000 real players and representatives of the coaching staff
Watch how your vision of football comes to life with the help of our famous 3D engine.

Bundesliga and Bundesliga 2 received all necessary licenses and are available in the season 2018/19. They will give you an idea of ??what awaits you in the new season from November 2. In total, you have access to 26 fully licensed championships from 11 countries, as well as licenses from individual clubs of the largest leagues in the world. And this is just the beginning. Toward the end of September, we will post on social networks information about new licenses, features and improvements of the game. Follow the news and do not miss anything important.